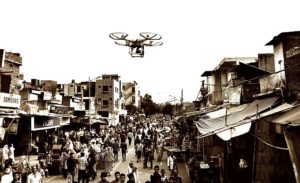 A growing plurality of populations in Asia, Africa and Latin America have now got regular access to mobile devices. Unsurprisingly, this has produced great challenges for postcolonial power, now confronted by media-enabled populations previously seen only as social political actors. Today, mobile media objects attach themselves to shifting platforms of political-aesthetic action while disrupting older partitions of postcolonial governance. As in the rest of the world, media periodically overflow from one channel to another leading to unanticipated consequences: the expose of a police atrocity or political secrets, a leaked intimate video. The transformation of public speech and expression in contemporary data infrastructures open up questions of collectivity in ways unimagined but a decade ago in the postcolonial world.

This seminar will look at volatile incidents involving street crowds broadcasting in real time through mobile applications like Whatsapp. The blurring of street crowds and online agglomerations, private chat networks & public expression raise many questions – for media theory as well as the performance of postcolonial sovereignty.

This event will be broadcast on Twitter via Periscope (go to @MediaAtSydney).

Ravi Sundaram is a Professor at the Centre for the Study of Developing Societies (CSDS), Delhi. He co-edited the SaraiReader series, The Public Domain (2001), The Cities of Everyday Life (2002), Shaping Technologies (2003), Crisis Media(2004). His recently edited No Limits: Media Studies from India was published in 2015. Professor Sundaram’s essays have been translated into various languages in India, Asia, and Europe. He is currently finishing his next book project, Events and Affections: post-public media circulation.