Based on extensive ethnographic fieldwork in Tokyo, Shanghai and Melbourne, this book provides the first comparative study of digital practices within intergenerational families. The volume explores how households are being understood, articulated and defined by practices through locative media, self-tracking and quantified self apps and their implications for maintaining care at a distance.

Jolynna Sinanan is a Research Fellow in Digital Media and Ethnography at in the School of Media and Communication at University of Sydney, Australia.

Larissa Hjorth is a digital ethnographer, artist, Distinguished Professor and Director of the Design & Creative Practice Platform at RMIT University, Australia. She is a Visiting Professor at the Center for Co-Design at Osaka University, Japan.

Heather Horst is Professor and Director of the Institute for Culture and Society at Western Sydney University, Australia. 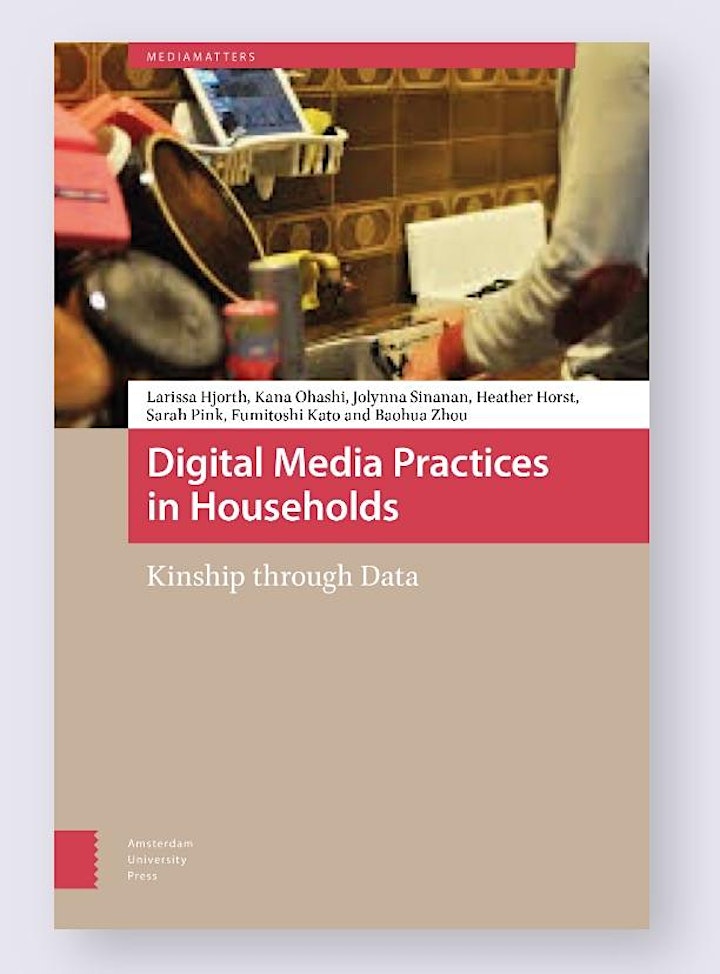 This new book explores practices through locative media, self-tracking and quantified self apps in households in Tokyo, Shanghai and Melbourne.

This paper draws on data collected during ethnographic fieldwork in a factory in southeast China to describe the significance of a group of activities colloquially known as “pulling the sheep’s wool” (haoyangmao). This wide-ranging set of thrift-oriented practices involves gaining rewards and discounts by collecting various credits and points, most often through online shopping, news and payment platforms. This paper shows how these activities are reshaping the rhythms and structures of everyday factory life, bringing into sharp focus competing demands between online and offline, work and leisure, while also challenging the distinctions between these domains. Although recent studies have sought to reposition thrift as a consumptive practice through which the concept of the house is enacted, we demonstrate how thrift acts in a factory environment largely unmoored from notions of domesticity, instead delineating social boundaries between production line workers and managers while also fostering communal behaviours amongst labourers. This leads us to argue that there is a need to acknowledge how thrift can operate independently of the home and family.

Tom McDonald is a media anthropologist dedicated to using ethnographic engagement to achieve a richer understanding of how digital technologies, media and material culture come to mediate ongoing transformations in the communicative practices, economic behaviours, social relationships and human subjectivities of people in China and beyond. Tom joined the HKU Department of Sociology in August 2015. Prior to this, he was a Research Associate at the Department of Anthropology, University College London.

Tom’s first solely-authored monograph, Social Media in Rural China: Social Networks and Moral Frameworks (2016, UCL Press), details the findings of 15-months of ethnographic fieldwork in the Chinese countryside, examining how social media use reconfigures social relations and morality. A separate co-authored volume, How the World Changed Social Media (2016, UCL Press) expands on the wider findings of the larger comparative UCL Why We Post study, to which my ethnography formed a central contribution.

Tom’s research increasingly focuses on economic concerns, reflecting the rapid convergence between digital money and media in China. His current project examines the adoption of digital money platforms amongst migrant factory workers in China and documents the effects such platforms on a range of everyday exchange practices and infrastructures, with a particular focus on consumption, savings, investment, and remittances.

From Shanzhai chic to Gangnam style: Seven practices of cultural-economic mediation in China and Korea

Constantly readapting to the asymmetrical global flows of fashion, the economically soaring Korean and Chinese fashion industries have demonstrated non-linear development and differential co-creation of fashion as cultural value through new forms of cultural mediation. This presentation examines the social construction of ‘fashionability’ – namely, what is ‘desirable’ and ‘fashionable’ – with reference to the concept ‘cultural mediators’ that foregrounds agency, negotiation, and the contested practices of market actors in cultural production. It zeroes in on the cultural mediators’ attitudes and positions in the two markets by drawing on 25 in-depth interviews with industry veterans. It shows that the mediators in South Korea and China increasingly occupy hybrid occupational roles and social positions across industries and sectors yet achieve limited success in countering the status quo of Western fashion through mediation. The analysis contributes to the literature with a categorisation of seven mediation practices that shape the valuation of fashion products (i.e. ‘fashionability’) in two ways. Empirically, this categorisation illuminates how cultural mediators make reference habitually to the broader social and cultural contexts to co-construct cultural-aesthetic objects. Theoretically, it advances a “cultural-economic approach” to the understanding of cultural mediation and challenges the reductionist viewpoint of actor-network theory through the notion of a matrix of cultural-economic agency.

Tommy Tse is an Assistant Professor at the Department of Sociology, The University of Hong Kong. He specialises in East Asia’s media and cultural industries, creative labour and sociology of fashion. His work has appeared in Information, Communication and Society, Journal of Consumer Culture, Journal of Business Anthropology, International Journal of Fashion Studies among others. In 2015, Tse was the visiting scholar at the Communication University of China, Beijing, and at the Fashion Institute of Design, Donghua University, Shanghai. In 2018, he was a Research Associate at London College Fashion and a Visiting Scholar at UCL Anthropology Department. 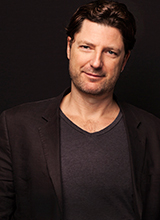 In recent years, the Antarctic has become a fitting space for anthropological analysis and ethnographic research as human activities intensify and human populations increasingly make themselves at home in Antarctica. These processes demand a deepening of inquiry into what kinds of socialities, subjectivities, material cultures, affects, and cultural practices are emerging there. As one of the most mediated places on Earth, Antarctica shapes the future of the planet in unexpected ways. It is not only a unique laboratory for science, but an exceptional laboratory for thinking about futures on and off Earth. Informed by ethnographic work in the Antarctic Peninsula and the production of a series of media projects, including digital storytelling, a feature-length documentary film, and an online game, this paper explores world-making processes through which extreme environments are made habitable and through which Antarctic gateway cities develop novel urban imaginaries of connection to Antarctica.

Bio: Juan Francisco Salazar is an Associate Professor in the School of Humanities and Communication Arts, and Research Director of the Institute for Culture and Society (ICS) at Western Sydney University. As an anthropologist, communication specialist and filmmaker, his academic and creative work is concerned with the coupled dynamics of socio-environmental change. He has worked with a range of communities in Chile, Colombia, central Australia, Cambodia, Vanuatu and Antarctica. His latest book is the co-edited volumeAnthropology and Futures: Researching Emerging and Uncertain Worlds (Bloomsbury, 2017) and his latest film is the award-winning documentary Nightfall on Gaia (2015). He is currently leading the Australian Research Council Linkage Project Antarctic Cities and the Global Commons: Rethinking the Gateways (2017-2020) and finishing a new feature length documentary film titled The Bamboo Bridge. 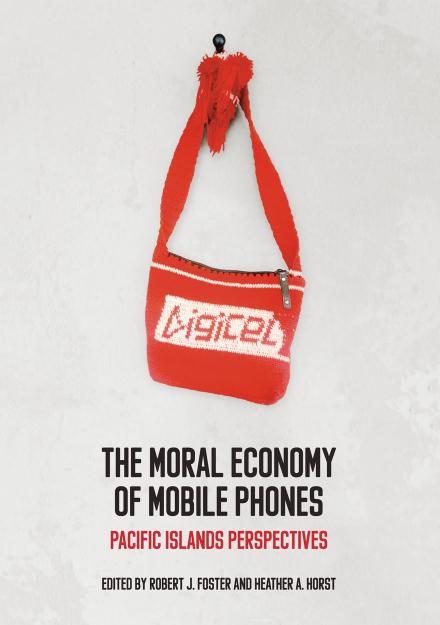 This symposium reports on research in Fiji and Papua New Guinea funded by the Australian Research Council, including two documentary films. It concludes with a book launch for The Moral Economy of  Mobile Phones: Pacific Perspectives, an edited volume published in May 2018 by the Australian National University Press and is available for free download here.

Media@Sydney: The Moral Economy of Mobile Phones in the Pacific Symposium https://t.co/G9R21e3wGb 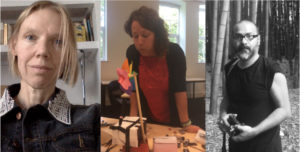 This roundtable with Caroline Bassett (University of Sussex), Helen Thornham (University of Leeds) and Edgar Gómez Cruz (University of New South Wales) stems from the provocation that automation as an (almost) ontological condition is shaping our ability to intervene in, or ask questions about the (digital) world. Automation is understood through a number of related and trans-disciplinary approaches to the ‘post-digital’ (Cramer); big data (Gitelman, boyd and Crawford), digital ethnography and anthropology (Horst & Miller, Pink et. al., Hine), critical computational studies (Sterne, Clough), science and technology studies (van House, Suchman). It is engaged with the critical and methodological, material and computational issues that emerge from the lived condition of ‘being digital’ particularly in relation to how automation (as forms of expertise and data; as configured systems, infrastructures and interfaces; as disciplined and material bodies) is positioning us in particular ways, and configuring a particular kind of world. More specifically, the discussants are concerned with the methodological and theoretical implications of this conditioning: in what this means for our ability to ask critical questions ofautomation; in what this means for the broader narrative of digital culture and the methods we utilise for interrogating it in the future. Drawing on expertise from digital media ethnographies (Gómez Cruz), critical software studies (Bassett) and feminist digital ethnography (Thornham), the authors draw on case studies in response to UK government initiatives around the digital economy. These preliminary ideas form the base of a book to be published, with the same title, in 2019 (Palgrave). 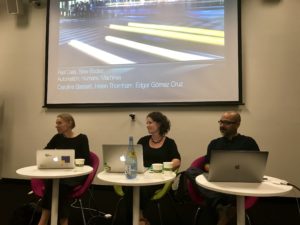 Caroline Bassett is Professor of Digital Media at the University of Sussex and Director of the Sussex Humanities Lab. Her research explores digital technology and cultural transformation. She is currently completing work on anti-computing, defined as a popular and critical response to automation, and is collaborating on a project exploring feminist technophile politics. She has published extensively on gender and technology, critical theories of the technological, on automation and expertise, and on science fiction and technological imaginaries.

Helen Thornham is an Associate Professor of Digital Cultures at the University of Leeds, UK. Her research focuses on gender and technological mediations, data and digital inequalities. Herforthcoming book, Gender and Digital Culture: Irreconcilabilities and the Datalogical (2018) explores issues of maternal and female subjectivity through datalogical systems.

Edgar Gómez Cruz is a Senior Lecturer in Media (Digital Cultures) at the UNSW in Sydney. His research covers a wide range of topics related to Digital practices using ethnographic and visual methods. Currently he is carrying out an ethnographic fieldwork with street photographers, focusing on visual interfaces, the right to the city and urban interactions.