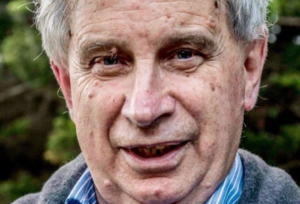 Richard Walsh began his working life as a writer – he has written for the stage and for TV; he has written advertising copy and had a regular newspaper column; his ninth book is shortly to be published. But he is best known as an editor (creating OZ and POL magazines, and the weekly newspaper Nation Review) and a publisher (he is the former head of Angus & Robertson Publishers and Australian Consolidated Press; today he commissions books for Allen & Unwin). He has been jailed (momentarily) for obscenity; he has stood before the federal parliament and been admonished; he has stared down a charge of breaching the Crimes Act; he has fought over 50 defamation cases. He sees his life as partly encouraging writers to fulfil their innate talent and partly throwing the odd grenade. Next month his latest book, ‘Reboot’, will be published; in it he proposes a radical makeover of our political system so as to revitalise our democracy; in late July he will publish a political thriller called ‘The Twentieth Man’, by ABCTV’s Tony Jones. Richard’s life Behind The Lines continues.