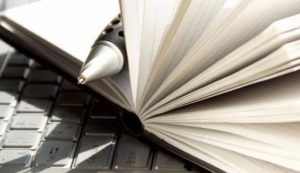 This paper considers three memoirs by Australian writers published across five decades— Hal Porter’s Watcher on the Cast-Iron Balcony (1963), Clive James’ Unreliable Memoirs (1980) and Richard Glover’s Flesh Wounds (2015). It considers the ways in which the memoir genre has evolved during this period and explores the cultural value of personal revelations. Memoir scholarship is a late arrival to journalism studies, considered by many as too solipsistic to qualify as literary journalism, yet too journalistic to qualify for literary analysis within autobiography studies. Meanwhile, the continuing boom in memoir publishing suggests that narrative confessionals meet a vital social need, and are not merely a manifestation of neo-liberal narcissism in the tell-all age of social media. The paper asks to what extent memoirs employ a relational aesthetics (Bourriaud 1998) and invitational rhetoric (Foss and Griffin 1995) to foster socio-political change [Image: http://www.onlineuniversities.com/blog/].

Bunty Avieson: Immersive literary journalism as an effective and ethical method to expose the structural inequalities of society

Standpoint theory suggests that people living on the margins are better placed to perceive what is really occurring across the social and cultural domain; their standpoint, developed while negotiating society’s power structures, can be the most penetrating. For the past 50 years, German journalist Günter Wallraff has gone undercover to report in compelling prose daily life from the standpoint of society’s most vulnerable. In America Ted Conover went undercover as a prison guard and in Australia journalist Elisabeth Wynhausen went undercover in a posh club and a chookhouse. Using standpoint theory this paper proposes that this type of immersive literary journalism is an effective and ethical method to expose the structural inequalities of society.

Beate Josephi: Are there ethical dimensions to literary journalism?

If this question had been put to one of Australia’s best-known authors and celebrated war correspondent, George Johnston, his answer would have been a clear, no. His novel, The Far Road, provides his view of the ever-narrow boundaries of journalism in the 1940s, 50s, and 60s. More recently, in a reflection on ‘The media in the age of Trump’, Lee Siegel surmised that literary journalism, which “does not have to worry about the propriety or ethics of balancing public and private journalistic expression,” now has better tools at its disposal for castigating the ills of the time. Also, drawing on the work of the Literature Nobel Prize winner for 2015, Belorussian documentary journalist Svetlana Alexievich, Beate Josephi will outline the possibilities of a genre that is being reappraised in light of changing expectations of journalism, objectivity, accuracy and reader engagement.

Mitchell Hobbs: Exploring the politics of media companies via the memoirs of former media executives

Literary journalism can have some surprising uses by media and communications researchers, providing insights that are otherwise unattainable. For instance, in my research on the politics of Rupert Murdoch’s News Corporation, I often use the memoirs of former media executives to explore the news producing practices and workplace culture of specific media outlets. These texts are rich in both factual information and latent ideological meanings. I have used these texts to build factual timelines that record Rupert Murdoch’s meetings with senior politicians—these details can then be cross-referenced with other sources of information available in government archives or obtainable via FOI requests, such as the diaries of senior politicians. Likewise, the authors of these memoirs reveal much about their values and the news room culture of their workplace. This is especially useful when seeking to understand how the CEO of a truly global media conglomerate can influence the editorial tone of a diverse array of media assets. In short, the insights provided by media executives can, both wittingly and unwittingly, help to achieve honesty and transparency regarding the politics of media companies in a way that is often not possible via other methods of inquiry.

Dr Fiona Giles is a senior lecturer in the Department of Media and Communications where she teaches creative nonfiction and feature journalism. Her research interests include literary journalism in a multimedia age, and she is currently co-editing a book of scholarly essays on memoir with Bunty Avieson and Sue Joseph for Routledge.

Dr Bunty Avieson is a lecturer in the in the Department of Media and Communications, teaching news writing and principles of media writing. Her research interests are journalism, literary journalism, Wikipedia and the emerging media landscape of Bhutan. She has published seven books, including two works of literary journalism, A Baby in a Backpack to Bhutan and The Dragon’s Voice: How modern media found Bhutan.

Dr Beate Josephi is an Honorary Senior Lecturer at the University of Sydney. Her research interests are journalism, journalists and literary journalism. She is on the editorial board of numerous journals, including Literary Journalism Studies and International Communication Gazette.

Dr Mitchell Hobbs is Lecturer in Media and Public Relations at the University of Sydney. His research activities concern political communication, media power and social media, and he once worked in political public relations for Prime Minister Julia Gillard.