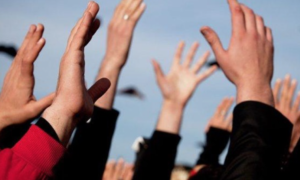 In this presentation, Professor Terry Flew will outline the main findings of the book Politics, Media and Democracy in Australia: Public and Producer Perceptions of the Political Public Sphere (Routledge, 2017), which he co-authored with Brian McNair, Stephen Harrington and Adam Swift. The book discusses the changing forms of mediated politics in Australia, and how the political communication strategies of the major political parties are viewed by Australians, based on interviews, focus groups and case studies of news and entertainment media. The authors observed how the rise of “hybrid” infotainment formats and social media related to a growing skepticism towards the “political class” and perceived “spin” in the politics-media relationship, and the challenge presented to political news coverage by the crisis of newsrooms and declining investment in political reporting by Australia’s commercial media. To the extent that such developments are mirrored in other parts of the world, this would suggest that Australia is likely to see the rise of populist moments from outside of the political mainstream, and alternative media sources that are sometimes labelled “fake news” by their critics. This presentation will consider the likelihood of such developments in light of our research findings, and broader methodological issues for studying the politics-media relationship (Image: Josep-Maria Gascon).

This event will be broadcast on Twitter via Periscope (go to @MediaAtSydney).

Terry Flew is Professor of Media and Communications and Assistant Dean (Research) in the Creative Industries Faculty, QUT. Professor Flew is an international recognized leader in media and communications, with research interests in digital media, global media, media policy, political communication, creative industries and media economics. He is the author of nine books, 15 research monographs, 50 book chapters, and 81 refereed academic journal articles. He has advised the Organisation for Economic Co-operation and Development (OECD), the Swiss Ministry of Communication and the China Institute for Cultural Trade Research. He has recently competed two Australian Research Council-funded project: Willing Collaborators: Negotiating Change in East Asian Media Production, and Politics, Media and Democracy in Australia: Public and producer Perceptions of the Political Public Sphere, which is the subject of this presentation.