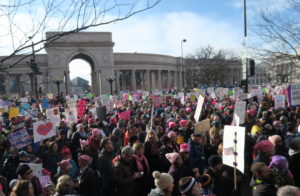 David Held, towards the end of his book Models of Democracytantalizingly offers the idea of political autonomy as having the potential to overcome acknowledged problems in participatory and deliberative theories of democracy. Recent empirical studies echo Held’s arguments and illustrate how difficult it is to link participation in media to participation in politics. Held’sassociation with Reflexive Modernity in sociology informed his account of autonomy suggesting that individuals and institutions might develop as complementary reflexive forms that enable autonomy and give it a central role in social systems including politics. In parallel, the idea of political autonomy has been taken up in political theory associated with the revival of republican ideals and the politics of recognition.

This paper reflects on the potential of the idea of autonomy for understanding the relation between media and democracy. The political philosophy literature on autonomy is probed for assumptions about individuals against a background of relational accounts of the self. This analysis is complemented by an examination of recent attempts by European Public Service Broadcasters to develop innovative forms of public engagement in and through media as potential examples of mediated political autonomy. Similarly, recent political TV programming where the public contest with politicians as part of the recent UK Brexit referendum are also considered as a clash between the performance of power and citizenship. The paper ends with reflections on the implications for accounts of political subjectivity and the relation between media in democracy.

Peter Lunt is a professor of Media and Communication at the University of Leicester, UK. His research interests include audience research, media regulation, social theory and the media and consumption research. He has written a number of books including Talk on Television and Media Regulation (both with Sonia Livingstone) and is currently working on a book for Polity Press: Goffman and the Media.