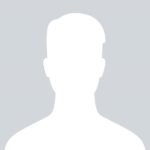 Erving Goffman’s work has always been influential in media and communication and is experiencing something of a revival in studies of self-presentation and face in social media. Intriguingly, key concepts from Goffman’s analysis of social life as drama, ritual and game developed to understand social interactions often between strangers in the cities and suburbs of mid twentieth century US are providing rich resources for the analysis of contemporary digitally mediated social interaction. Face, impression management, front and backstage, communication frameworks, frames, footing and self-presentation appear as relevant as they ever were, providing a nuanced account of the forms, contexts, ethics and realized identities of social interaction.

The deployment of Goffman’s ideas goes beyond their undoubted value as sensitising concepts to reflect his broader theoretical interests and concerns, which are illustrated through two examples of the appropriation of Goffman’s work. The first examines the shift in the study of social media from the emphasis on control of self-presentation to the analysis of facework online. The second responds to Hogan’s critique of Goffman’s self-presentation in relation to Facebook, which is contrasted to the idea of the curation of the self. An alternative, based on Goffman’s Gender Advertisements distinguishes the genre conventions of portraiture and pictures and suggests an analysis of posts as depictions of mis-en-scene rather than portraits of self-presentation.

From these considerations, I suggest that the continuing relevance of Goffman’s work is not reducible to his having coined some evocative concepts but reflects the contemporary resonance of his (implicit) social theory. His roots in Simmel, pragmatic principles from James and Mead, a reading of Durkheim’s sociology of law that links ritual to human rights, his view of the social self and account of the rationalizing social tendencies of cultural forms make his work relevant to contemporary media life.

Peter Lunt is a professor of Media and Communication at the University of Leicester, UK. His research interests include audience research, media regulation, social theory and the media and consumption research. He has written a number of books including Talk on Television and Media Regulation (both with Sonia Livingstone) and is currently working on a book for Polity Press: Goffman and the Media.