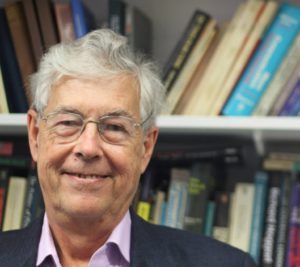 The phone hacking scandal that engulfed the British press was the culmination of a moral decline that began in the 1980s. This was manifested in the rise of fake news, phony medical scare stories, migrant fables, and irresponsible reporting that wrecked the lives of innocent people. By 2015, trust in the press in Britain was lower than in any other European country.

This moral collapse had multiple causes: pressures exerted by new proprietors, the bullying of journalists to get results, an industrial culture of impunity, a weak countervailing professional identity, and increasing staff insecurity. Above all, it was a response to the press’s deepening economic crisis, caused by collapsing sales and haemorrhaging advertising.

James Curran is Professor of Communications at Goldsmiths, University of London. His work focuses on media history and journalism studies. He is the author or editor of over 20 books including Power Without Responsibility (with Jean Seaton, 8th edition due March 2018), Media and Power, Media and Democracy, Culture Wars and Misunderstanding the Internet (with Natalie Fenton and Des Freedman, 2nd edition published 2016). His books have been translated into multiple languages, including Arabic, Chinese, Greek, Hungarian, Japanese, Korean, Portuguese and Spanish.