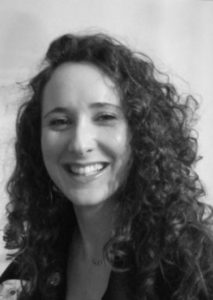 As more and more social activity and human behaviour is being turned into data points that can be tracked, collected and analysed, we are seeing the advancement of new forms of decision-making and governance. This speaks to a significant transformation in how our society is organized and the ways in which we are able to participate in it. Whilst much debate on this datafication of society has focused on the need for efficient and supposedly more objective responses to social problems on the one hand and a concern with individual privacy and the protection of personal data on the other, it is becoming increasingly clear that we need a broader framework for understanding these developments. This is one that can account for the disparities in how different people might be implicated and that recognizes that the shift to data-driven economies is not merely technical. In this presentation I will advance a research framework for studying datafication that is rooted in a broader concern for social justice. Such a framework, referred to here as ‘data justice’, pays particular attention to the ways in which data processes are uneven, can and do discriminate, create new social stratifications of ‘have’ and ‘have nots’, and advance a particular politics based on a logic of prediction and preemption that caters to certain interests over others. I outline a number of different ways in which such a framework can be operationalized, looking across questions of political theory, policy interventions, civil society activity, and developments in design and infrastructure. In doing so, I will advance an alternative approach to understanding and examining the societal implications of datafication than what has been the dominant approach so far.

Lina Dencik is Senior Lecturer at Cardiff University’s School of Journalism, Media and Culture (JOMEC). Her research concerns the interplay between media developments and social and political change, with a particular focus on resistance and globalisation. Recently, she has moved into the areas of digital surveillance and the politics of data and she is Co-Founder of the Data Justice Lab. Recent publications include Worker Resistance and Media (2015) and Critical Perspectives on Social Media and Protest (2015) and her forthcoming book Digital Citizenship in a Datafied Society (with Arne Hintz and Karin Wahl-Jorgensen) is published by Polity Press. Lina is Principal Investigator on the project ‘Data justice: understanding datafication in relation to social justice’ funded by a Starting Grant from the European Research Council