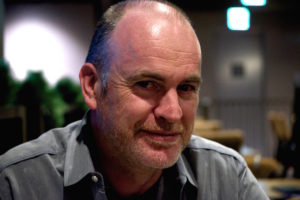 From smart cities to urban innovation labs, the language of digital disruption has been broadly taken up in cities around the world. The practice of smart cities, though, is more complicated, marked by the different if overlapping interests of diverse actors and the political and infrastructural constraints of urban development, amongst other considerations. In recent work we have been looking not just at the lofty rhetoric of digital urbanism but at the practical project of making it work. For around 18 months, we have been working with members of a newly formed organization in the office of the Mayor of Los Angeles who have been charged with responsibility for implementing a number of data-driven initiatives, including projects to unify data infrastructures across city departments, efforts to publish data to make city organizations accountable to citizens, and programs to promote civic participation through digital platforms. In this talk, I will explore some of the themes emerging from this ongoing work, including the struggles to lay claim to authority over “data”, the related organizational and political constraints of doing “data work”, the role of visualization and data displays, and the multiple audiences for datafied urbanism.

Paul Dourish is Chancellor’s Professor of Informatics and Associate Dean for Research in the Donald Bren School of Information and Computer Sciences at UC Irvine, with courtesy appointments in Computer Science and Anthropology. He also holds the position of Honorary Senior Fellow in Computing and Information Systems at the University of Melbourne. His research focuses primarily on understanding information technology as a site of social and cultural production; his work combines topics in human-computer interaction, social informatics, and science and technology studies. He is the author of several books, most recently “The Stuff of Bits: An Essay on the Materialities of Information” (MIT Press, 2017). He is a Fellow of the ACM, a Fellow of the BCS, a member of the SIGCHI Academy, and a recipient of the AMIA Diana Forsythe Award and the CSCW Lasting Impact Award.