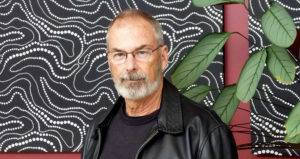 In the mass media era, the role of the media was universally regarded as fundamental to the proper functioning of the democratic state: the media’s capacity to provide information freely to all citizens ensured they had equal access to the democratic process. There were many, though, who registered concern at the top-down, government led, and highly concentrated structures of power embedded here; it was easy to demonstrate how the flow of information could be manipulated and the power of the media abused. Consequently, the arrival of the digital era seemed to radically modify that power relation for the better. The initial enthusiasm, though, has been challenged by what, a decade or two later, we have ended up with: a digital landscape that does indeed offer unprecedented access to information, in ways that have been transformative – but that is also awash with less desirable content: fake news, hate speech, revenge porn, and so on. In this talk I want to discuss some aspects of what we have got from the digital era so far, with a particular focus on the changing relationship between the media and democracy – and within that, the role of news, information and the practice of journalism.

Graeme Turner is Emeritus Professor of Cultural Studies in the Institute for Advanced Studies in the Humanities at the University of Queensland. One of the founding figures for Australian cultural studies, and in the development of the field internationally, he has published 24 books and his work has been translated into 10 languages. His most recent research has examined what he has described as the ‘re-invented media’, and this flows from a series of projects on post-broadcast television, new media, and the production of celebrity. His most recent books include Re-Inventing the Media (2016), Television Histories in Asia (2015) (co-edited with Jinna Tay), the revised edition of Understanding Celebrity (2014) and Locating Television: Zones of Consumption (2013) (co-authored with Anna Cristina Pertierra).

Media@Sydney: Graeme Turner – The media and democracy in the digital era https://t.co/hgxiCfw2ug