When Journalists go “Below the Line” 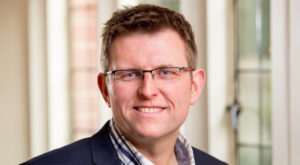 When Journalists go “Below the Line”: Engaging with the audience in comment spaces at The Guardian (2006-2017)

This paper longitudinally analyses how journalists at The Guardian engage with their audience in comment spaces, using an overarching quantitative analysis of comments; a content analysis of the comments by journalists; and interviews with journalists. The paper finds that the total number of comments has risen exponentially (n=110m). Journalist participation in comments varies significantly, with a small number of “super-participants”. There is a very strong pattern, with journalist comments rising rapidly until 2012, before declining quickly. Interviews find that this pattern is explained by the huge increase in the volume of comments; changes in editorial priorities; and a shift to engagement to Twitter. When journalists comment, they engage in a wide variety of actions, including arguing and debating, providing further information, correcting errors, and defending their journalism practice.

Scott Wright is Associate Professor in Political Communication at the University of Melbourne. His work focuses on: everyday online political talk, particularly in ‘third spaces’; how moderation and interface design affect online political communication; ‘super-participants’; and government-run e-democracy experiments such as e-petitions and consultations.

Media@Sydney Scott Wright: when journalists go “below the line” https://t.co/Ft0We36gYX