Online via Zoom, RSVP via Eventbrite to receive Meeting ID and password

The growing influence of English Wikipedia has created powerful new gatekeepers and publishing practices that determine not only what constitutes knowledge in the online world, but whose knowledge is privileged. Research shows the different ways that the structural inequalities of the offline world are being reproduced online, creating new sites for colonisation. However, the smaller language Wikipedias offer a bulwark for cultural resilience. The platform has multi-media capabilities, which can be utilized by oral cultures in ways not possible before Web 2.0 technologies. as well as providing asynchronous online meeting places for geographically disparate communities to participate in their national imaginings. This paper presents preliminary work on a three-year, Australian Research Council-funded action research project that will investigate the experiences of the Himalayan kingdom of Bhutan with English and Dzongkha Wikipedias as a case study to consider 1) some of the impacts of English Wikipedia on global knowledge equity and 2) the potential for minority language Wikipedias to provide a cultural counterpoint.

Dr Bunty Avieson is an author, journalist and academic, who teaches in the Department of Media and Communications at University of Sydney. Her research interests include the media in Bhutan, literary journalism and Wikipedia Studies. These threads are brought together in this DECRA project, awarded in 2019.

Worlds of Journalism, based on survey data from 67 countries, offers a truly global picture of journalists, their demographics, role orientations, perceptions of freedom, ethical considerations, and trust in public institutions. Based on her authorship of the demographic profiles of journalists, this talk will highlight some of the surprising results with regard to gender, age and education of journalists, and take up the findings of other chapters to convey an understanding of journalistic culture as it manifests itself in a politically diverse world.

Dr. Beate Josephi, Honorary Associate at the Department of Media and Communications at Sydney University, has been on the Advisory Board of the Worlds of Journalism Study project since its inception. She is the lead author of the chapter on ‘Profiles of Journalists: Demographic and Employment Patterns’, and contributing author to ‘Journalistic Culture in a Global Context’.

About Worlds of Journalism

What is Islamic journalism? It depends on where you stand. In Indonesia or Malaysia, journalism and Islam can have many different faces.

At Sabili, an Indonesian Islamist magazine first established as an underground publication, journalists were hired for their ability
at dakwah, or Islamic propagation. At Tempo on the other hand, a weekly Indonesian news magazine that was banned by the Soeharto regime and returned to print in 1998, journalists don’t talk much
about sharia. Although many are pious and see their work as a manifestation of worship, the Islam they practice has been described as cosmopolitan, progressive, and even liberal. Does Islamic journalism require that reporters support an Islamic party as they do at Harakah newspaper in Malaysia? Or is it more important to practice the kind of substantial Islam promoted by the Indonesian newspaper Republika? What about Muslim journalists who work at secular news organization such as Malaysiakini?

Journalists at these five news organisations in one of the world’s most populous Muslim regions draw upon what are arguably universal principles of journalism, but understand and explain them through the lens of what I call an Islamic idiom. What they say about the meaning of their work suggests a richness of experience that has been overlooked by both scholars and those engaged in international affairs.

Janet Steele is an Associate Professor in the School of Media and Public Affairs at the George Washington University, and the director of the Institute for Public Diplomacy and Global Communication.

This seminar is co-hosted by SSEAC and Media@Sydney, Department of Media and Communications. 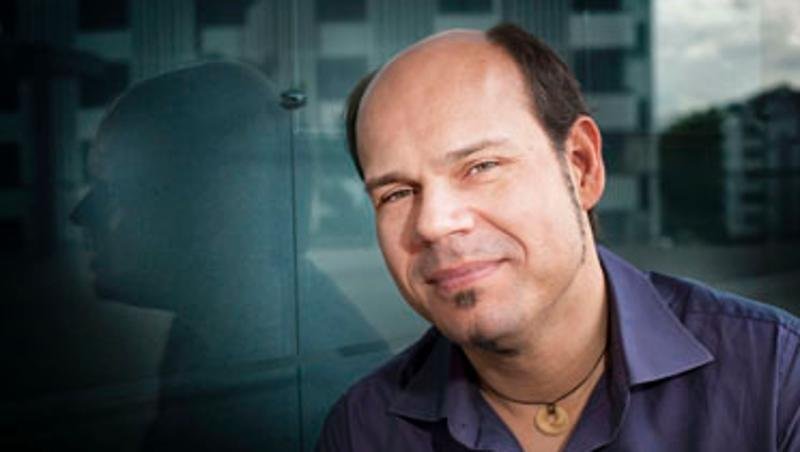 Social media users now engage almost instinctively in collective and collaborative gatewatching processes as they respond to major breaking news stories, as well as in their day-to- day sharing of interesting articles with their social media contacts. Meanwhile, existing media outlets are increasingly seeking to maximise the shareability of their sto ries via social media, and a number of new players are fundamentally built around providing ‘viral’ content. This talk shows how this impacts on news industry practices and approaches. It reviews the practices of everyday users as they engage with the news, and highlights how enterprising journalists have come to connect and engage with such users. It traces the conflicted responses of journalists and news outlets from their early dismissals to gradual engagement with social media, and asks whether, as journalism is subsumed into social media, news outlets can remain distinctive enough to survive.

Prof. Axel Bruns is an Australian Research Council Future Fellow and Professor in the Digital Media Research Centre at Queensland University of Technology in Brisbane, Australia. He is the author of Gatewatching and News Curation: Journalism, Social Media, and the Public Sphere (2018), Blogs, Wikipedia, Second Life and Beyond: From Production to Produsage (2008), and Gatewatching: Collaborative Online News Production (2005), and a co -editor of the Routledge Companion to Social Media and Politics (2016), Twitter and Society (2014), A Companion to New Media Dynamics (2012), and Uses of Blogs (2006). His current work focusses on the study of user participation in social media spaces such as Twitter, and its implications for our understanding of the contemporary public sphere, drawing especially on innovative new methods for analysing ‘big social data’.

See Axel’s research blog here and he tweets at @snurb_dot_info. More details on his research into social media can be found here. 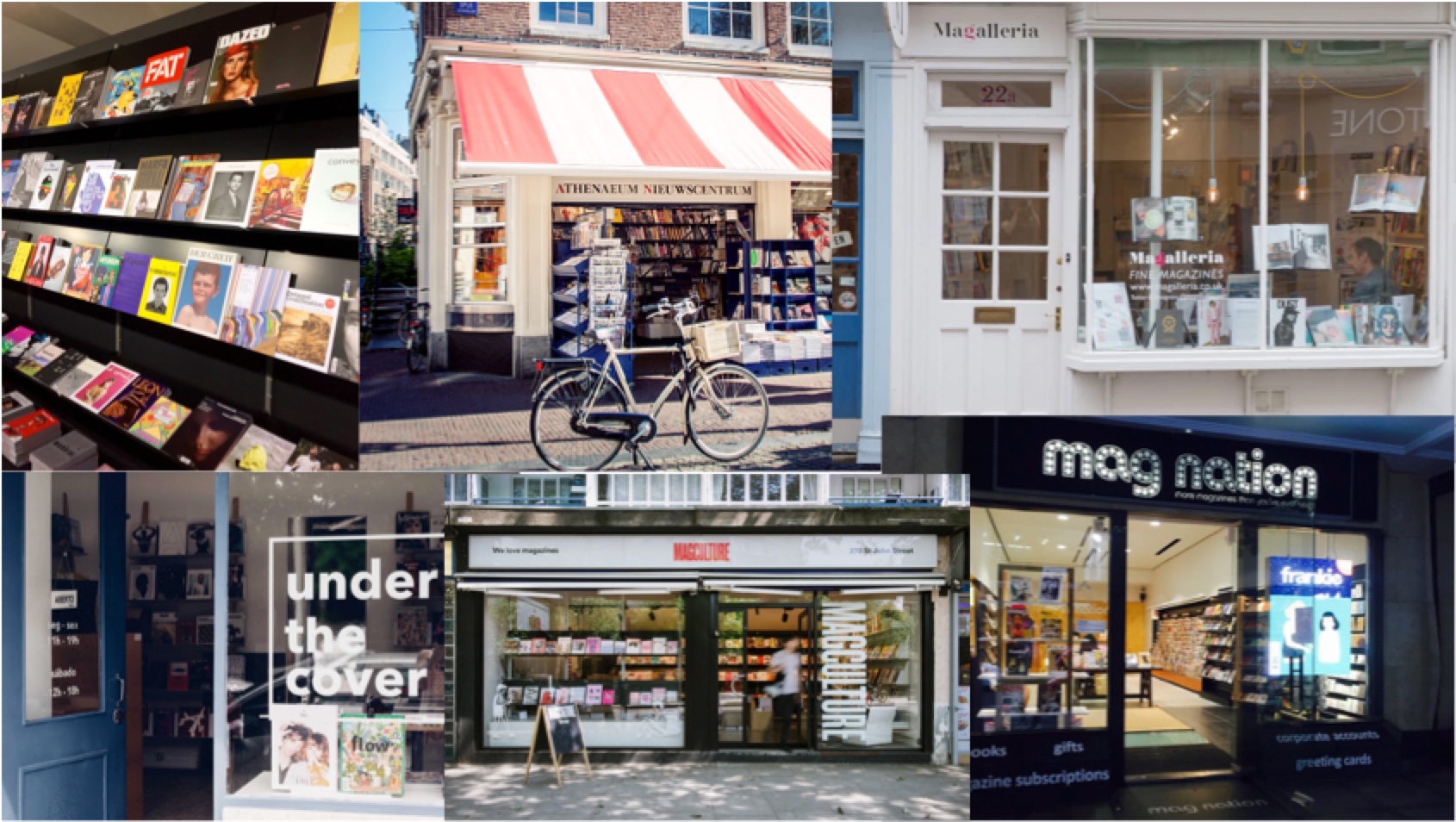 Imagine walking into WH Smiths or Barnes and Noble where mainstream print magazines are placed under accepted industry categories, and where sales are generally in decline. Now imagine an alternative magazine store where categories are challenged, subverted and invented, and where new titles proliferate and have a growing audience. These stores exist in the ‘creative cities’ of the West and are a vital element for the indie magazine community of makers and readers to thrive.

Slow Magazines: Indies in print in a digital age investigates the reasons behind the surprising proliferation of indie magazines in print being made in the digital 21st century, a time when print was expected to become obsolete.

These magazines are a critical and creative response to the speed and distractions of digital media. And yet, while slow magazines are produced as beautiful printed objects, they use the affordances of digital culture (software, websites, social media) to create a breathing space of quality independent journalism, editorial and design creativity, with the aim of providing alternative representations of the ways we live, think and create.

Insights gained from interviews with a broad range of indie makers in the UK, Europe, US and Australia will be integrated within a discussion of the philosophy of ‘slow’, the democratisation of critique, neoliberalism and the DIY/DIWO/DWYL nexus, the discourse and analysis of creative labour, the connection between independent media and the Utopian question ‘what if?’, in an attempt to explain this phenomenon.

Megan Le Masurier is a Senior Lecturer in the Department of Media and Communications at the University of Sydney. She has been collecting print indie magazines for more than a decade and is working on a book to explain her, and others, obsession – Slow Magazines: Indies in print in a digital age.